Dismissal for Refusing to Work without Rest Breaks 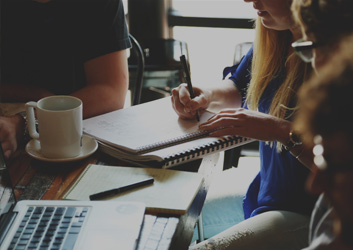 Many employers get busy at Christmas, and many employees go above and beyond the call of duty and work long hours. But there are limits.

Mr Pazur worked as a Kitchen Porter for Lexington Catering Services Ltd, which assigned him as part of a support team to various different locations. He was denied his right to a rest break when assigned to work for a particular client. He refused to return to work for that client and told them it was because they expected him to work eight hours with no break; leading to him being threatened with dismissal, and then subsequently dismissed. He claimed that the threat of dismissal was an unlawful detriment, and also that he was automatically unfairly dismissed.

In order for such claims to succeed, a Tribunal must be satisfied that:

Mr Paruz lost at Tribunal, so he appealed to the Employment Appeal Tribunal (EAT). They held that the Tribunal had correctly considered whether the Claimant had explicitly refused (or proposed to refuse) to accept the requirement. They noted that if simple non-compliance (such as not turning up) was enough, Parliament would not have used the word “refuse” in the legislation. Consequently, there needed to be an explicit communication of the Claimant’s refusal.

Nevertheless, the EAT allowed the appeal as on the facts as found, there was only one possible outcome in the detriment claim, namely that his refusal to return to a problem client was the communication of a refusal to comply with a requirement in contravention of the WTR, and that refusal materially influenced the threat of dismissal made by his employer. The EAT allowed the appeal as they concluded that the Tribunal had made a finding elsewhere that the Claimant had, in fact, explicitly refused to return to the client because he had been refused his break.

It was clear that there was at least some evidence that Mr Pazur’s refusal to return to the client’s site was (partially) down to his refusal not to abide by the unlawful requirement regarding no rest break. This was a material influence on Mr Pazur’s refusal. There was no need for it to be the only reason.

The decision emphasises that threatening a worker with dismissal following their refusal to work without a rest break under the Working Time Regulations 1998 will entitle them to bring a detriment claim under section 45A of the Employment Rights Act (ERA) 1996. Furthermore, dismissing them for such a refusal will also breach section 101A of that Act.