Employment Tribunals are Back for Good

Home > Newsletters > Employment Tribunals are Back for Good 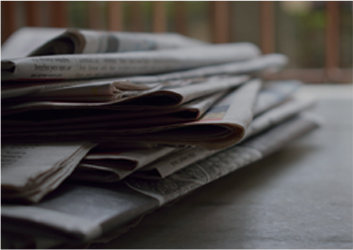 When the Supreme Court reached its landmark decision in July 2017 on the legality of Employment Tribunal fees last summer, the judges reviewed the evidence regarding the effect of fees on claims, and noted there had been “a dramatic and persistent fall in the number of claims” since fees were controversially introduced in 2013. They decided that the fees were wrong in several respects, and the Government immediately revoked them.

At the end of 2017, the number of claims lodged had risen by two-thirds since the Supreme Court’s decision. Recent tribunal data has shown that the number of cases brought by individuals in the UK increased by 118% in the three months to the end of March 2018, compared to the same period last year.

ACAS statistics on early conciliation make interesting reading. An employment law claim cannot move forward until ACAS has been informed, and early conciliation has ended.  Early conciliation can be requested by either the employee or the employer; however, there is no requirement for the other side to have to agree to the early conciliation proposal.  Total notifications have risen by 28%, or by 500 per week since tribunal fees were removed.  The significant rise in the number of claimants after the Supreme Court ruling seems to confirm that the fees were acting as a deterrent.  Removal of the fees has potentially lifted a significant barrier to access to justice in the employment law context, which has to be a good thing.

Much of the growth in cases has come from a return of what might be considered low-value claims, such as unpaid wages and holiday, which have increased by 137%. The returns on such cases might previously have been considered not worth pursuing, as many people who had valid claims could not afford to make them, so this increase is not surprising.  A lot of businesses would gamble on the fact that they would not be taken to court.  Now, many are reverting back to a more risk-averse approach.

A rise in tribunals was perhaps inevitable, given the legacy of cases that employees were reluctant to bring during the period of tribunal fees. This appears to suggest that disgruntled employees are now more inclined to take matters to tribunal, or at least, start the process, thus applying possible pressure on employers to settle.  Fees were undoubtedly a substantial factor; the other reason for the decline in tribunals has been the recovery in the economy and job market.  A lot will depend on the general state of the economy.  In many areas or professions/trades at the moment, if someone loses their job they can probably walk into something better rather than fight a claim.  If there is a continued increase in cases, it is likely to be either being due to a decline in the job market, or a statistical anomaly such as a glut of holiday pay or equal pay claims.

While claims are unlikely to increase to the level they stood at before the introduction of fees, the tribunal offices up and down the UK are very busy, with hearings regularly being cancelled at the last minute, and judgments taking much longer to produce than the four-week period users of the Tribunal system are told to expect. There is some concern regarding how the Employment Tribunal will cope with the number of claims being made, since the tribunals were slimmed down to deal with an average of 40-50,000 claims a quarter. If claims grow to 100,000 in that same time frame, it will increase the time required to dispose of them. Many tribunals have lost some of their part-time judges, and now that claims have been ramped up, the tribunal system lacks the resources to cope.  The Court Service is recruiting, but that process takes a long time to appoint and then train them. They are mostly busy lawyers, so do not have a lot of time to give as part time judges.

Losing a tribunal can have a big impact on a business’s bottom line, costing many thousands of pounds in compensation. This is in addition to the hundreds of hours of preparation and attendance, as well as the sleepless nights beforehand. There is also a substantial risk of bad publicity, and impact on employee morale. All these factors mean employers need to make sure that they have suitable measures in place to avoid a potential claim.

Do what you can to follow your internal policies and procedures before something becomes a problem. If you are not feeling that patient or optimistic, then a Settlement Agreement might be the way forward. Performance management can be time consuming, and sometimes disciplinary issues are not clear cut. The alternative is for the employer to explore a settlement. This is not a DIY activity, as the rules around them are complex. Professional handling makes all the difference.

Dealing with a Tribunal Claim

Employment Tribunal claims are still rare but do happen to even the nicest and most cautious employers. It can be unsettling to receive a phone call from ACAS seeking early conciliation, and even more so to get a tribunal claim form through the post. At that point, emotion can get in the way of rational decision -making. All circumstances will be different, and we are more than happy to help employers to prepare for and win at Tribunal.

It is possible that the Government will introduce another fee regime in the future, but that is unlikely to be for quite some time. Employers need to focus now on prevention instead of cure to avoid getting tribunal claims, and possibly discussing a commercial settlement where appropriate.

Our Consultants would be pleased to advise on any element of the issues arising from this newsletter.