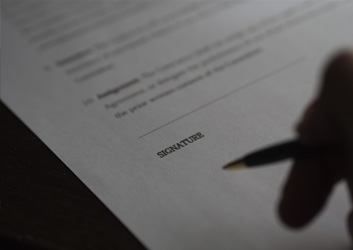 Sports fans may have been puzzled by the ongoing saga of Sean Edwards, who was announced last summer as the new coach of Wigan rugby league club; the team he played for before taking up a successful career as a coach in rugby union. Unusually it was agreed that he would be taking up the role in 2020, at the end of his contract with Wales after the World Cup. Mr Edwards recently announced that he was ’considering his options’ as he had never signed a contract with Wigan. Not surprisingly it has emerged that he is being pursued by several rugby union teams, but would this put him in breach of contract?

The short answer is yes, as an ‘oral contract’ would be binding. Whether Wigan would want to have a coach who preferred to be elsewhere is another matter, but there was clear evidence at the time that he had agreed a deal. There is no clear legal requirement under English law for an employee to have a signed contract with his or her employer. Oral contracts are binding, but the key issue that needs to be resolved is whether or not an employment contract was formed between the two parties. Just agreeing a start date and a salary is probably insufficient. The legal requirement is certainty, and terms and conditions of employment and job description/ responsibility can be very important, especially in senior management roles. In the absence of a signed contract, these requirements are more difficult to prove.

We have always advocated providing a written statement of terms and conditions of employment (aka a contract) at the same time, or very shortly after, a brief offer letter. We also recommend issuing a copy of the employer’s handbook of policies, often called an Employee or Company Handbook, not least because we would expect such a document before giving notice to a current employer, but mainly because it will (or may) contain very important information that may influence decisions about whether to accept the job or not. We would also recommend doing so because it just makes the potential employer look that much more professional.

Employers currently have up to two months to give new employees a Section 1 statement (contract of employment), although it is still common to discover that all an employer has provided is an offer letter. The problem we have found is that in the absence of a proper written contract, the employer can be left on weak legal ground in the event of a dispute. Employers who have relied on the 2-month rule, or just ‘not got around to it’, do not really have a leg to stand on if there is then a dispute early into the employee’s employment.

In April 2020, the Government is proposing that a Statement of Terms & Conditions of Employment must be issued on day one (or earlier). This was not prompted by the Government’s desire to protect employers, but pressure from employee groups, as well as, wanting to make litigation through the already congested court/tribunal system less likely.

The change is not just to the timing of issuing employment contracts, but it will also apply to people classed as workers, i.e. the ‘not genuinely’ self-employed. We are recommending to our clients that they should anticipate the changes, and start to issue new employees/workers with their documentation before employment starts, or if not feasible to do so then, as part of induction training on day one.

The guidance provided in this article is just that – guidance. Before taking any action, make sure that you know what you are doing, or call us for a free initial chat on 01480 677980.