The HSE – missing in action? 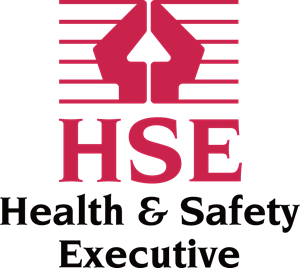 You may have missed it, but last week the head of the HSE (the Health and Safety Executive) had a pretty torrid time in front of a Parliamentary Select Committee.

One of their main criticisms was that, throughout a year when over 120,000 people have died, many of them had been of working age, the HSE has only managed to issue one enforcement notice.

Their defence was that the service itself has suffered a substantial drop in funding, and despite the Government making £14 million available to them to concentrate on the pandemic, that was only one 10th of the amount of funding they had lost over the past decade. And with only 382 inspectors, they were woefully short of people on the ground.

A number of commentators have since published some fairly damning assessments of the organisation’s performance. In our view, many of these do not go far enough. The HSE, at a point when they were probably most needed in their existence, simply disappeared off the map.

We have looked through our blog from last year, and we see that in early April we reported that the HSE, alongside the TUC and the CBI had taken part in a joint statement. This reminded employers that they were expected to comply with Public Health Guidance. Those deliberately flouting the rules could expect action to be taking against them, including enforcement notices.

One year later, with numerous reported instances of rules flouting at work, how can we have seen just one enforcement notice?

Inspections are one part of the equation; another part is guidance. We are a small consultancy, with limited resources. We sent out a detailed bulletin on 17th April, explaining how employers should approach their health and safety planning, and indeed we helped many of our clients with COVID workplace risk assessments.

IOSH, the organisation that represents health and safety qualified professionals, waited in frustration for the HSE to publish a specimen risk assessment. In the end this was not forthcoming until the end of July, believe it or not. And the document produced was so general as to be of limited use. IOSH had already produced their own at the end of May and it was of a much higher quality.

The problem with any organisation that is set up to manage risks, is that they tend to risk assess everything. We have no problem with that, but it did look as if they reckoned it was too dangerous to send their inspectors out into the field. So as far as we can tell from our clients, no inspections took place much before the middle of September. By that time over 41,000 people had lost their lives, many of them are likely to have caught the virus in the workplace. So much for strict enforcement action.

Since that time inspections have been ramped up significantly, but again to little effect.

When this pandemic started what we expected was the HSE to get fully involved. We expected them to provide employers with a toolkit so that they could properly risk assess their own workplace against a new, serious and imminent danger to health. We expected them to take very high-profile enforcement action against a number of employers, highlighting the need for others to comply or risk a similar fate.

That none of this happened suggests that the HSE went missing in action. At the very time that we needed them most, despite all of the cuts that had taken place, employers got no guidance and no enforcement. No carrot and no stick to make sure they behaved in a safe and secure way.

We understand that this was a new and very dangerous environment in which to operate. But we’re glad that the fire service, the police and the armed forces do not take a similar view when faced with similar dangers.

Heading for the hills and hoping it all goes away is probably not the best strategy. Letting employers figure it all out for themselves with no assistance is no better. Let us hope that if we ever have another or similar crisis that the HSE learns from this and steps up to the plate much quicker and more effectively.

And let us hope that the Government, who have spent hundreds of billions keeping the economy going, recognises that services like the HSE are important and deserve better funding.

Our Consultants would be pleased to advise you on any element of the issues arising from this newsletter.