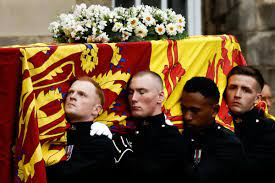 Over the weekend, the Government announced a UK Public/Bank Holiday for next Monday, 19th September to mark the Queen’s funeral.

The official announcement can be seen here:

The crucial point for many employers is that they do not have to give the time off, nor do they have to pay for it, but the announcement encourages them to do so.

“Does this Bank Holiday mean individuals can have the day off work?

This is a matter for discussion between individuals and their employer. There is no statutory entitlement to time off for Bank Holidays, but employers may include bank holidays as part of a worker’s leave entitlement.

The Government cannot interfere in existing contractual arrangements between employers and workers. However, we would expect that many workers will be able to take the day off on the Bank Holiday. We also expect employers to respond sensitively to requests from workers who wish to take the day of the funeral off work.”

It has been suggested that employers, especially those who have to be open next Monday, might like to give employees at work the opportunity to watch the funeral if they can. Just two things to think about:

Finally, and this may well be relevant to many employees, schools will be closed according to the Government’s announcement. This will mean that many parents will either have to make alternative arrangements for childcare, or be at home to look after their children.