Veganism as a Protected Belief 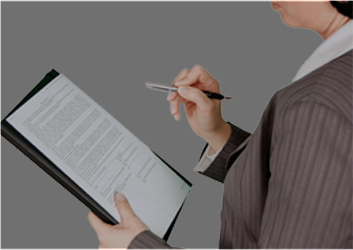 An Employment Tribunal Judge has ruled that ethical veganism amounts to a ‘philosophical belief’ and is, therefore, protected by law. The Tribunal’s decision, whilst not surprising, goes against the Government’s stated opinion that veganism should not be a philosophical belief capable of protection. The Government had disagreed with the Equality and Human Rights Commission’s view, following their Code of Practice to assist employees and employers navigate the Equality Act 2010, that veganism was likely to be protected.

To be classed as a philosophical belief, the Employment Appeal Tribunal has previously ruled that the belief must:

This ruling has received substantial publicity. Employers may be concerned that this could open the floodgates for all sorts of beliefs to receive such protection at work.

Ethical vegans oppose the use of animals by humans for any purpose. This Claimant’s belief extended beyond eating a plant-based diet. For example, he avoids catching buses due to the potential for the vehicle to crash into insects or birds. It could still be argued that being a dietary vegan or vegetarian is pretty ethical, so it too may end up being classed as having protected characteristics.

This decision is unlikely to open the floodgates to claims from the estimated 600,000 vegans currently living in the UK. However, this case demonstrates that the situation faced by employers can be highly problematic, given how difficult it is to identify what might qualify as a protected philosophical belief, and what does not. A Scottish Tribunal held that a belief in Scottish independence amounts to a philosophical belief. On the other hand, someone lost because of their belief that gender is fixed at birth and cannot be changed. Their beliefs on transgenderism were incompatible with the rights of others.

Employers may want to consider what steps they can take to provide more support to vegans, or avoid ‘discriminating’. Issues may arise in relation to catering choices, uniform composition or travel, or how to handle ‘banter’ from colleagues around veganism. They should approach these issues with similar seriousness to an employee raising the same issues based on a religious belief.

We will not be recommending that employers should now be urgently drafting ‘vegan equality policies’, but there are some ‘takeaways’ from this case.