Why Resilience and Positive Thinking Matters 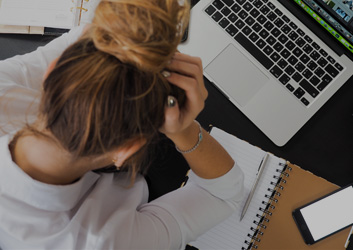 Mental health is becoming an increasingly high-profile issue within the working environment.  Helping to develop resilience techniques is one approach that many employers are increasingly focusing on.

Resilience can be defined as the capacity to recover quickly from difficulties, because it is rare for individuals never to be confronted with adversity or challenging circumstances during the course of their lifetime. People who are resilient tend to harness their inner strengths and resources, to rebound quickly and more fully from setbacks. It can help people to boost their levels of confidence and wellbeing. ‘Resilience is the process of adapting well in the face of adversity, trauma, tragedy, threats or significant sources of stress.’ American Psychological Association.  However, my personal favourite definition of resilience is by Vivian Kamori who says  ‘Life is not about how fast you run, or how high you climb, but how well you bounce’.

Contrary to popular belief, resilience is not something that you either have or don’t have; we do not have a ‘fixed level’, it can be developed. Of course, there are links between resilience and personality; some people will naturally have more self-belief, greater energy levels, or a more positive outlook on life. Part of the reason dialogue on resilience has entered the mainstream is because it complements contemporary definitions of wellbeing. Wellbeing, as we now know it, favours holistic models of health, many of which existed for centuries, e.g. Mindfulness, but have been re-discovered.

Resilience is not some magical inherent personality trait; it takes hard work to overcome hardship, but there is a growing body of evidence that resilience can be cultivated.

Some of the factors that make a person resilient are a positive attitude, optimism, regulating emotions, and the ability to see failure as a form of helpful feedback. Optimists also tend to experience less stress than pessimists or realists and because they believe in themselves and their abilities, they expect good things to happen. Negative events are seen as minor setbacks to be easily overcome, and view positive events as evidence of further good things to come. Believing in themselves, they also take more risks and create more positive events in their lives. Research shows that optimism helps blunt the impact of stress on the mind and body after bad experiences. Optimists don’t give up as easily as pessimists, they are persistent, and they are more likely to achieve success because of it.

One of the purposes of negative emotions, such as fear, is to narrow our thinking to deal only with an immediate threat. We are programmed to see danger in order to survive, and this is related to what is known as “attentional bias”, where we filter out everything except what we are concentrating on. It is why most of us stop talking when we are driving through a very challenging situation. This is instinctive, and is built into us in order to keep us safe. However, if individuals feel threatened they will close down and become less creative and productive. These negative emotions shut down the part of our brain that is responsible for logical thinking. This restricts our thinking power, and traps us into a negative spiral of inaccurate perceptions and misinterpretations. This can often be seen in the workplace in times of crisis when, arguably, creativity is necessary but not ‘natural’.

Long term research showed that people who had written upbeat diaries when they were young, outlived their more negative peers by an average of 10 years. Those who were able to express at least some positive emotions were more resilient and less likely to slip into despair than those who were overcome by negativity.  Giving up smoking can increase your life span by three to four years so negative thinking is over twice as dangerous as smoking! Other studies have linked a pessimistic explanatory style with higher rates of infectious disease, poor health, and earlier mortality. Studies have shown optimistic breast cancer patients having better health outcomes than pessimistic and hopeless patients.

The conclusion from the research was that this is not just down to positive thinking, but also because optimism allows us to engage in activities that put us in the way of opportunity which, in turn, gives us the resilience to not accept defeat. The more positive emotions we have, the more we can build up a well of positivity which can be accessed in times of adversity. Positivity improves our ability to deal with adversity. There are grounds for believing that deliberately changing our thinking patterns will positively affect our abilities to deal with adversity. Hardships are seen as “learning experiences” by optimists, and even the most miserable day always holds the promise for them that “tomorrow will probably be better.”

Positive thinking does not mean ignoring the problem in order to focus on positive outcomes. It means understanding that setbacks are temporary, and that you have the skills and abilities to combat your challenges. What you are dealing with may be difficult, but it’s important to remain hopeful and positive about a brighter future.

There are ways to train ourselves to think more often like an optimist.

Distraction involves thinking of something else when a negative thought enters your mind. For instance, if you want to redirect your attention, you can first use a thought stopping technique. Some people keep an elastic band around their wrist, which they snap when they find themselves ruminating about some negative situation. This kind of approach can be effective when combined with an attention shifting exercise. For example, after stopping the negative thought, pick up a small object and study it intensely. Notice its shape and composition; think about its various uses and so on. This will help to completely shift attention from the negative thought pattern

Pessimism is a habit as much as it is anything else. Like any habit, it can be changed if one is willing to put in the effort. The best method for dealing with habitual pessimism is to learn how to dispute (argue against) a negative interpretation of events. This is about arguing with yourself to. While distraction is good first aid when dealing with negative thoughts, disputation is effective in properly addressing them.

The disputing process has several steps involving learning to identify which thoughts are pessimistic thoughts; a process requiring some self-awareness.

The four elements of effective disputation are:

Just as it is important to develop coping-mechanisms in order to deal with stress and uncertainty, fostering the ability to cope with crises and difficulties is equally important. In most organisation, it is virtually inevitable that at some point, things will not go to plan. Setbacks occur, and there are bad days to go alongside the good ones. It is of critical importance, therefore, to be able to recover from such setbacks and not to be defeated. A healthy amount of self-confidence and ‘thick-skinned’ nature vis-à-vis criticism and negative feedback can also prove vital for overcoming hard times. Resilience is as central to wellbeing as it is to team and organisational performance.

Our Consultants would be pleased to advise you on any element of the issues arising from this newsletter.