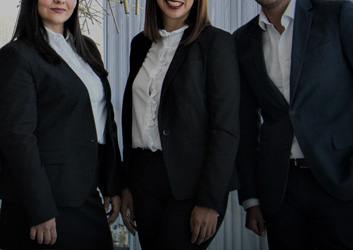 In the Supreme Court Judgment of Newcastle Hospitals NHS Trust v Haywood, it was held that there is a term implied in all employment contracts that written notice only applies when it is read (if the contract does not spell out something different).

Mrs Haywood had no express term in her contract as to how written notice was to be given, and in terms of when it ran. The Trust issued a written notice of dismissal by recorded delivery. If the written notice of dismissal was taken to run from 27 April 2011, she would receive a non-actuarially reduced early retirement pension (but not if notice was received before 27 April). She was away when the letter was sent on 20 April. Her father in law collected the letter from the post office on 26 April, and she read it on her return home on 27 April 2011.

The Supreme Court held that notice ran from 27 April 2011, as Mrs Haywood did not have a reasonable opportunity of reading it before then.

This decision is about the common law position as to when notice of termination takes effect. In Gisda Cyf v Barratt in 2010, the Supreme Court had previously held that the “effective date of termination” for the purpose of unfair dismissal law was the date on which the employee opened and read the letter, or had a reasonable opportunity of doing so. However, the Supreme Court had been careful to limit that decision to the interpretation of the statute in question.

Employers who wish to give written notice of termination to an employee who is absent from the office will need to take additional care to ensure that it has been “communicated”. It is always clearer and safer, wherever possible, to give notice and to communicate dismissal face to face, or at least by phone. It is advisable to keep records of the date and time of any such conversation, and exactly what was said. It should be followed by written communication.

A recorded delivery letter has to be signed for, so best to do it as well as posting first class. An emailed letter (to an address the employee is using) or even a telephone call (followed up in writing) may provide added certainty of the date from which notice runs.

In this case, the NHS Trust sought to do this by using various methods, including special delivery and email. However, they did not help themselves by sending notice of termination when they knew the employee would be away from home on holiday. If you have to send a letter, make sure you follow it up with telephone calls and emails (where you can) to try to obtain confirmation that it has been received.

We recommend that documents sent by email should be accompanied by a delivery receipt and a read receipt. If the timing of communication is crucial, consider sending the letter by courier (where it can be signed for), or even instruct a specialist process server. This will make it more difficult for the employee to demonstrate that they did not personally receive it. If a particular date or timescale is important, an ‘astute’ employee may plan to be hard to contact; this should be considered.