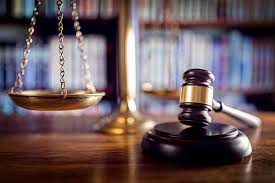 The President of the Employment Tribunals has issued the annual update to the Vento guidelines, setting out the bands of awards for injury to feelings, payable in cases of discrimination at work, adjusted for inflation.

The new bands are: –

Awards in the most exceptional cases may exceed £49,300. These updated figures apply to cases presented on or after 6 April 2022.

As yet we know of no cases in the exceptionally serious category.  Employment Tribunals have great flexibility to fix the compensation at what is fair and just in each case. They will consider all the evidence, including the claimant’s evidence about the impact of the discrimination on them, before deciding an appropriate award.

While the tribunal will assess the award of damages for injury to feelings in an objective way, the perception and the individual reaction of the claimant will be an important factor for the court to consider. The more upsetting the conduct is to the individual, the more seriously the discrimination is likely to be viewed, and the higher the award for injury to feelings. Where a one-off act of discrimination is particularly humiliating or serious, and the victim suffers serious consequences as a result, an award in the higher bands could be justified. A tribunal would require quite detailed evidence about the seriousness, before it would be prepared to award a high figure.

Claimants sometimes have unrealistic ideas about how much money they will be awarded.  Cases that make the news are there precisely because they are so unusual. A tribunal will take a measured and methodical approach when they assess how much to award, but it is hardly a science. There is little in the way of hard evidence about what is normal, but we believe that most awards fall into the lower category. According to the pressure group Working Families, a typical award for injury to feelings for maternity cases was about £5,000. We have however seen a few cases in the upper band this year.

An award for injury to feelings is meant to reflect how upset the employer made the claimant feel, not to punish the employer for how badly they have behaved. Fair treatment is a moral and legal duty, and employers have a responsibility to investigate and respond to any issue they become aware of, as well as taking all reasonable measures to protect employees from harassment and discrimination.

Having a strong and unambiguous equal opportunity policy is a powerful tool for preventing discrimination and harassment in the workplace. In addition to developing the right policy for their workplace, employers also need to make sure that everyone understands the policy (evidence is shown by training records) and that it operates effectively in practice. Policies and practices that amount to indirect racial discrimination may be justified only when the policy or practice is a proportionate way of achieving a legitimate business aim

It is essential for employers to be proactive and prevent discrimination from occurring in the first place. Claims are difficult and expensive to defend, so best avoided.